Jesus Outside the New Testament 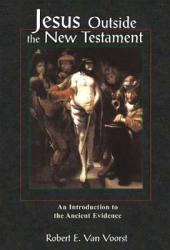 Summary : Presents evidence and information, aside from the Christian scriptures, on the life and teaching of Jesus Christ. Features excerpts in Roman correspondence and the early Christian writings known as the "New Testament Apocrypha.". 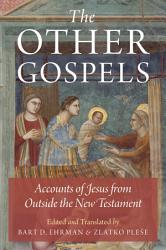 Summary : Ehrman and Plese present a rare compilation of over 40 ancient gospel texts and textual fragments that do not appear in the New Testament. 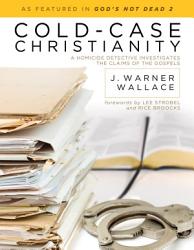 Summary : Written by an L. A. County homicide detective and former atheist, Cold-Case Christianity examines the claims of the New Testament using the skills and strategies of a hard-to-convince criminal investigator. Christianity could be defined as a “cold case”: it makes a claim about an event from the distant past for which there is little forensic evidence. In Cold-Case Christianity, J. Warner Wallace uses his nationally recognized skills as a homicide detective to look at the evidence and eyewitnesses behind Christian beliefs. Including gripping stories from his career and the visual techniques he developed in the courtroom, Wallace uses illustration to examine the powerful evidence that validates the claims of Christianity. A unique apologetic that speaks to readers’ intense interest in detective stories, Cold-Case Christianity inspires readers to have confidence in Christ as it prepares them to articulate the case for Christianity. 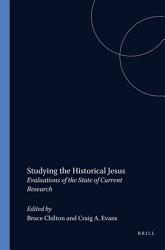 Summary : This coordinated collection of studies provides important critical assessments of recent progress in Life of Jesus research. Topics treated include Jesus and Palestinian politics, the parables and miracles of Jesus, and the Jesus tradition in extracanonical sources. 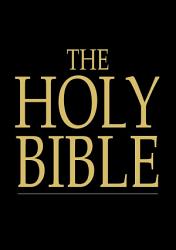 Summary : The King James Bible for ebook readers, desktops, tablets and phones. Including Old Testament and New Testament, this is a wonderful tool that keeps the scriptures at your fingertips. The translation that became the Authorized King James Bible was begun in 1604 and in 1611 was published by the Church of England, under the direction of King James. The translation was done by forty-seven Church of England scholars, the New Testament coming from the Greek Textus Receptus (Received Text), the Old Testament from the Masoretic Hebrew text, and the Apocrypha from the Greek Septuagint (LXX), except for two Esdras from the Latin Vulgate. 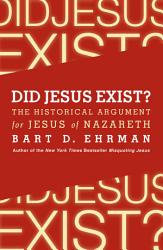 Summary : In Did Jesus Exist? historian and Bible expert Bart Ehrman confronts the question, "Did Jesus exist at all?" Ehrman vigorously defends the historical Jesus, identifies the most historically reliable sources for best understanding Jesus’ mission and message, and offers a compelling portrait of the person at the heart of the Christian tradition. Known as a master explainer with deep knowledge of the field, Bart Ehrman methodically demolishes both the scholarly and popular “mythicist” arguments against the existence of Jesus. Marshaling evidence from within the Bible and the wider historical record of the ancient world, Ehrman tackles the key issues that surround the mythologies associated with Jesus and the early Christian movement. In Did Jesus Exist?: The Historical Argument for Jesus of Nazareth, Ehrman establishes the criterion for any genuine historical investigation and provides a robust defense of the methods required to discover the Jesus of history. 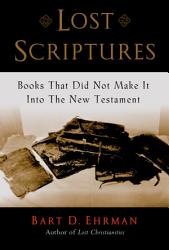 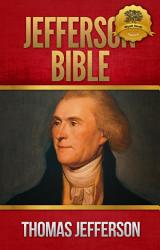 Summary : The Jefferson Bible, or The Life and Morals of Jesus of Nazareth as it is formally titled, was a book constructed by Thomas Jefferson in the latter years of his life by cutting and pasting numerous sections from various Bibles as extractions of the doctrine of Jesus. Jefferson's composition excluded sections of the New Testament containing supernatural aspects as well as perceived misinterpretations he believed had been added by the Four Evangelists. In 1895, the Smithsonian Institution under the leadership of librarian Cyrus Adler purchased the original Jefferson Bible from Jefferson's great-granddaughter Carolina Randolph for $400. A conservation effort commencing in 2009, in partnership with the museum's Political History department, allowed for a public unveiling in an exhibit open from November 11, 2011, through May 28, 2012, at the National Museum of American History.

The Gospel According to Mark 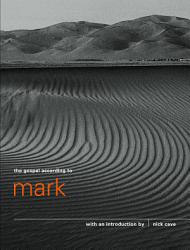 Summary : The earliest of the four Gospels, the book portrays Jesus as an enigmatic figure, struggling with enemies, his inner and external demons, and with his devoted but disconcerted disciples. Unlike other gospels, his parables are obscure, to be explained secretly to his followers. With an introduction by Nick Cave 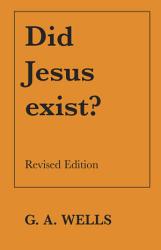 Summary : Professor Wells argues that there was no historical Jesus, and in thus arguing he deals with the many recent writers who have interpreted the historical Jesus as some kind of political figure in the struggle against Rome, and calls in evidence the many contemporary theologians who agree with some of his arguments about early Christianity. The question at issue is what all the evidence adds up to. Does it establish that Jesus did or did not exist? Professor Wells concludes that the latter is the more likely hypothesis.This challenge to received thinking by both Christians and non-Christians is supported by much documentary evidence, and Professor Wells carefully examines all the relevant problems and answers all the relevant questions. He deliberately avoids polemic and speculation, and sticks so far as possible to the known facts and to rational inferences from the facts. 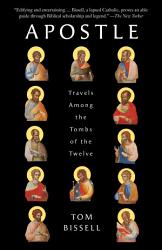 Summary : A journey into the heart of Christianity that explores the mysterious and often paradoxical lives and legacies of the Twelve Apostles -- a book both for those of the faith and for others who seek to understand Christianity from the outside in. Peter, Matthew, Thomas, John: Who were these men? What was their relationship to Jesus? Tom Bissell provides answers to these ancient, elusive questions. He examines not just who these men were (and weren't), but also how their identities have taken shape over the course of two millennia. Ultimately, Bissell finds that the story of the apostles is the story of early Christianity: its competing versions of Jesus's ministry, its countless schisms, and its ultimate evolution from an obscure Jewish sect to the global faith we know today in all its forms and permutations. In his quest to understand the underpinnings of the world's largest religion, Bissell embarks on a years-long pilgrimage to the supposed tombs of the Twelve Apostles. He travels from Jerusalem and Rome to Turkey, Greece, Spain, France, India, and Kyrgyzstan, capturing the rich diversity of Christianity's worldwide reach. Along the way, he engages with a host of characters -- priests, paupers, a Vatican archaeologist, a Palestinian taxi driver, a Russian monk -- posing questions that range from the religious to the philosophical to the political.

From Jesus to Christ 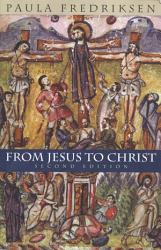 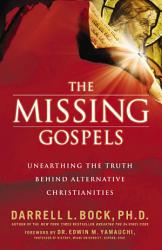 Summary : IS JESUS WHO YOU THINK HE IS? Perhaps you've heard the recent buzz about "alternative Christianities" and "new gospels." Speculations have shown up in magazines, documentaries, popular fiction, and even on the big screen. Much of the controversy stems from a library of ancient texts found at Nag Hammadi, Egypt. Now revolutionary questions about the Christian faith are being raised as a result of these findings: Is Jesus truly a divine Savior or just a teacher of wisdom? Is orthodoxy a by-product of third-century or fourth-century theologians? Did Judas betray Jesus because of evil intent or a request by Jesus? Does salvation include the physical body or just the soul? Darrell L. Bock takes you on a tour of the new claims as well as the controversial writings, examining their origins and comparing them with traditional sources. With discussion questions for group or individual study at the end of each chapter, The Missing Gospels will help you understand the messages of all of these writings so you can form your own opinion. This provocative work could even change what you believe!

The Resurrection of the Son of God 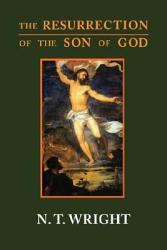 Summary : Why did Christianity begin, and why did it take the shape it did? To answer this question -- which any historian must face -- renowned New Testament scholar N. T. Wright focuses on the key points: what precisely happened at Easter? What did the early Christians mean when they said that Jesus of Nazareth had been raised from the dead? What can be said today about this belief? This book, third in Wright's series Christian Origins and the Question of God, sketches a map of ancient beliefs about life after death, in both the Greco-Roman and Jewish worlds. It then highlights the fact that the early Christians' belief about the afterlife belonged firmly on the Jewish spectrum, while introducing several new mutations and sharper definitions. This, together with other features of early Christianity, forces the historian to read the Easter narratives in the gospels, not simply as late rationalizations of early Christian spirituality, but as accounts of two actual events: the empty tomb of Jesus and his "appearances." How do we explain these phenomena? The early Christians' answer was that Jesus had indeed been bodily raised from the dead; that was why they hailed him as the messianic "son of God." No modern historian has come up with a more convincing explanation. Facing this question, we are confronted to this day with the most central issues of the Christian worldview and theology.

Jesus and the Old Testament 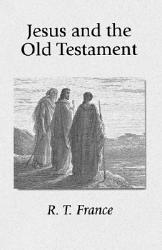